I went to a ball last night with Chadd. It was outside on the ice skating rink, which is a rollerskating rink in the summer. It was so much fun. 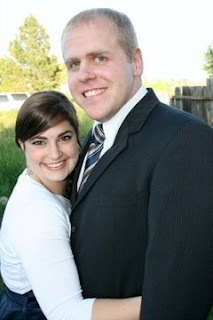 I just took my first spanish test all semester. I rocked it. This is partially exciting because I really enjoyed the play it was on and partially because I studied the whole thing and so I was adequately prepared.

I'm so glad. I feel great. Then I came home and had a big conversation with Kate in spanish. So cool. Spanish rocks.
Posted by Manda at 9:05 AM No comments:

Allow me to say that I adore my roommates this semester.

This doesn't mean I don't adore Randi or Heather or even Eryn any less, just I really have had a great semester and a lot of it I attribute to my roommates. I hesitate to say this is the first time I've gotten along with all of my roommates, but it's definitely the one semester where we've gotten along the best. There's been a few times when we've butted heads and there are a couple things that could be made better, but it's mostly awesome.

These girls are outgoing, adventurous, and just so easy to talk to. We all goof off and have a good time every day. I love them.
I love my classes, they're great.
I like having a boyfriend at school. He encourages me to do well and we get to spend time together and it's just nice. I like snuggling.

I love this semester 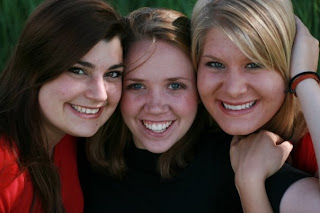 Me, Madison, and Christie.
Photo by Kiersten
Posted by Manda at 2:51 PM 2 comments:

Recap of the last week or so

So here's what I've been up to:

Last week we got a new roommate (the korean one moved out) and her name is Kate. She's from Riverside and she got back from her mission is Uruguay last month. We all love her already. She's so fun and so nice!

On Friday we went to IF and spent most of our time in the Barnes and Noble there. It was awesome. We made way too much noise and laughed way too hard. Later that night, around 2AM Me, Madi, Christie, and Carly (she came over to join us) snuck out my window so the security cameras in the hall wouldn't see us. We had dressed up the two bowling pins we took from the shooting range as a pirate and his latina girlfriend. We also dressed ourselves up in fancy eye makeup and black war paint on our cheeks. We ran around Rexburg taking pictures of our bowling pins at random places. So random and so weird, but it was such a fun night. We didn't go to sleep until 4:30.

Saturday morning Madi, Kate, and I went and helped at the Teton Dam Marathon at the mile 25 water station. We had a lot of fun cheering on the runners and I even saw one of my dance partners, Chris, from last summer. Saturday afternoon I got together with Chadd and we went and made paper airplanes and threw them from the third story of the Spori building. It was super fun. I got my plane stuck on a windowsill on the second floor. I don't know if someone has gotten it down yet. After the Spori airplane date we went back to my apartment and just hung out and talked.

By the time Sunday night rolled around, I think it's safe to say that Chadd and I are dating. I'm pretty happy about it, too. He's a great guy. We'll see where things go. Ha! He's Miriam's age...how weird is that? It's only weird to me when I think about it too much.

Ladies and gentlemen, I have an announcement. I, Amanda, have shot a shotgun. It was epic.

There's a guy in my D&C class who I talk with every day before class starts, his name is Michael. He's one of the guys who works at the computer help desk and he's super nerdy and he drives an old toyota truck that's rusted all over and it's got big dents and there's no stereo and it no longer recharges the battery, so he has to carry around an extra one in case the one he has in his car right now dies. He's super nice. Oh Monday he and I were talking about our weekends and he told me he went shotgun shooting with his roommate. He then asked me if I had ever shot one and I told him I hadn't, but would really like to. He asked me if I wanted to go with him on Saturday since he and his roommate were having a rematch (apparently Michael whooped him) and he needed someone to go with him.

Saturday came and it was a super yucky day outside. I wasn't sure if we would still go because of all the rain, but out where we were going to go shooting it wasn't raining, so we went. It was me, Michael, his roommate Kasen, and Kasen's sister Alexis. We all rode out to the rode that leads to the civil defense caves in Michael's truck. We were pretty cozy in the front, trying to avoid having my lap crushed by the stick shift, but we managed. We got out there and Michael showed me the gun and all it's parts and how to work it and everything. He offered to have me shoot first, but I let Alexis go first so I could watch someone do it.

The it was my turn. I got the gun all loaded and before Michael threw clay pigeons for me to shoot at, we decided it would be best if I took one free shot to get the feel of the kick back and everything. It was awesome and powerful and I think I'm a little too small of a person to properly hold a shotgun. It was felt weird the way I had to position myself to be able to hold it correctly and have it on my shoulder right. But I shot it! It was super neat!

Right after I took my first shot we heard screams from down in the gully past the meadow we were shooting in. It sounded like someone was shouting "Cease fire, cease fire!" followed by screaming and crying. It sounded like little kids. Both Michael and Kasen went running off towards the gully and I put the gun down with the safety and everything on. Kasen retold the story when we got back from shooting and he said he was running so hard and praying super hard. He said when he got to where the meadow drops off, he could see two kids in the distance, both running and one holding his side. Kasen ran over to them and insisted he know what was wrong. Then Kasen saw an old man on a four wheeler with three kids riding on it heading away from the two crying ones. They were crying and running because their grandpa had left them behind for a moment while taking the other kids up the trail.

I cannot even begin to tell you how relieved we all were. I seriously thought I had shot a poor kid the very first time I shot a shotgun. My heart was pounding and I was on the verge of tears because I didn't know what was going on and some kids were screaming bloody murder. We ended up giving the grandfather directions to the caves and waved them off. But that's not all..

We continued to shoot and we were almost finished with our second time around when we noticed the storm blowing our way. Within about five minutes it got us and it started pouring rain. Alexis and I took shelter in the truck while the boys stayed out to shoot a couple more rounds, just to finish off their competition. They were just about finished when the grandpa on the four wheeler came back, this time with all the kids loaded on with him. He told the boys that his truck was a long ways down the road and the kids were freezing and soaked and he didn't want them to get sick. He said, "May we beg some shelter off you for these poor kids? I'll meet you at my truck down the road, I just can't bring them through this rain." We immediately flung open the door to the truck cab and piled all the cold, wet kids on our laps. Before we left, Alexis and Kasen had to move to the bed of the truck with all our coats in order for all the kids to fit in the cab and Michael still be able to shift gears. But we drove the long way to their grandfather's truck with four of them piled on top of me and each other. It was so cool. They were so cold and a little bit scared, but they were super cute. The wiped off the windows so Michael could see when they fogged up from all the moisture in the car. They helped up spot their grandfather's big red truck and then they all ran over to him to get inside his warm car.

It's one of those experiences you hear about or read in the New Era or something. It was so very neat. There are very few places where a grandfather would trust some college age kids (with a gun) to take care of his four grandchildren.

Overall? It was one of the best dates I have ever been on.
Posted by Manda at 12:12 AM 1 comment:

Christie Kadz, you're now a big kid. No more of that teenager nonsense. Welcome to the big leagues, girl!

Christie rocks as a roommate and friend. Instantly we bonded. I love that girl.

Happy twentieth!
Posted by Manda at 9:12 AM No comments:

This is the first semester during which I've been asked on several dates by several guys. I've been to the movies a couple times, finger painting (okay, I did the asking on that one, but it was still fun), to a concert, and this weekend I'm going shooting. It's super fun.
And yeah, I think I'm pretty sure I'm dating a guy. We haven't had the DTR (define the relationship) yet, but it's pretty obvious. I'm super relaxed when I'm with him. Everything just flows and it's chill and easy going. I like that. Ladies and gentlemen, allow me to add Chadd to the list of guys...
Posted by Manda at 7:27 AM No comments: