I've come to realize that in the world of girls liking guys, we tend to say to each other, "I like a boy". At least that's what is said among my girlfriends. Now that we're at the college age and the age range of guys that we find ourselves attracted to is broader, how do we know when to refer to a guy as a boy or a man? In truth, they're all boys. My father is still a boy at heart. But when you're talking about someone you like, I always get this childish image in my head when someone says, "I like a boy." It doesn't even matter.

Straight up, I like a boy (a manboy...?). He likes me. We discovered this last night. I leave California on Friday morning. Perfect timing. Not. 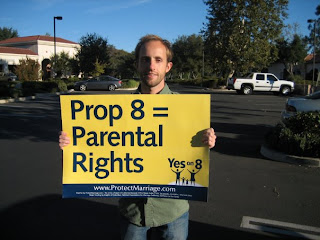 I went on a night hike with a couple friends last night and nearly died (thank you, asthma). We would have gone further but Linnea and Rick thought we were being stalked by coyotes. I would have pushed myself if we had gone further, but I'm pretty sure my lungs would not have appreciated that. That's a goal I have for next semester with all the active classes I have. To build up my stamina. Maybe then I can go on a simple hike (leisurely walk up a steep hill, as Rick put it) and not die.

After the hike we went back to Erik's and watched Horton Hears A Who. I saw that in the theater with my brothers when it came out. I forgot what a funny movie that is. Kids movies are so fun! I saw Kung Fu Panda recently and I think I nearly peed my pants laughing. I love it.

It was an exceptionally good night. Details not needed.
Posted by Manda at 10:07 AM 1 comment:

1. What was I doing 10 years ago? I was almost ten. I can honestly say I have no recollection of what I was doing then, though I'm fairly sure it had something to do with a boy named Will and writing his name all over my journal. I don't think he liked that.

2.Things On My To Do list: Take my car to the shop, sell books/prom dresses on eBay, clean out my trunk (it's full of things I never took out after my trip home from Idaho in December. Talk about procrastination), car wash (my car is neglected), begin packing for April.

5. Things Most People Don't Know About Me: I love baking a whole lot. I want to graduate from college before I get married. Even though I'm short, I'd much rather wear flats than high heels. I love bubble baths.


I tag: Heather, Eryn, Randi, and Melissa. Thanks Miriam for tagging me.
Posted by Manda at 4:19 PM No comments:

I love it when I'm out and about with my brothers and people mistake me for their mother. Not

For example, the summer after I graduated from high school I took my brother Aaron to get a haircut at the Supercuts down the road (they never do a good job, in case you were wondering). He got his hair cut in preparation for school pictures later that week and I got mine trimmed. When I went to pay at the front counter, the woman said to me, "Is he you're son?" and she smiled. I think my eyes got bigger than they ever have before. I quickly said, "Oh, no! I'm his older sister; he's thirteen and I'm eighteen. I am not his mother." Seriously? We're only five years apart.

More recently that hasn't happened to me because my brothers have all grown and I have not. By the end of the year, I'm going to be the shortest in the family. However, yesterday I was with my brothers at CVS pharmacy waiting in a huuuuge line to pick up a prescription. We were all playing the hand slapping game (it's more fun than it sounds) and the little old woman behind me said, "Are those your boys? You are such a young mother." By now I've learned to just laugh about it, but I told her they're my brothers. She said she assumed they were my sons because of how close we seemed, but she said I also seemed very young to have boys that big. Well YEAH! I'm almost twenty. David is almost twelve. James is almost ten. They're both about an inch or so shorter than me.

Do I look old enough to have two children in their double digits?
I doubt it.
Posted by Manda at 8:21 PM 3 comments:

I love spontaneous awesome ideas. Like getting together with friends to hop the fence of the elementary school to play hide and go seek. Or going to west Hollywood at 12:30am to go to Pink's Hot Dog stand just because we're hungry. Or random bonfires followed up with in-n-out trips. Or ever playing risk while watching some tv show about magicians until 2.

Being a nice older sister, I went and watched my brother perform in the stake roadshow tonight. Our ward did well, though not as well as a couple other wards, but definitely better than some. The kinks in the script were fixed and everyone seemed to be having fun. I really liked the Snow White put to the songs from Joseph and the Technicolor Dream Coat as well as the Wizard of Oz one. Those two were well done and entertaining. Except in the end, Snow White tells the prince she's in love with someone else. Edward Cullen! Then some kid with his face covered in silver/shimmery paint and an awful hair-do came on stage and gave her an apple. In my opinion, it ruined the whole thing. Edward Cullen? Really? Gross. I'd mention my dislike for the Annie/American Shoe Idol/Gross feet production, but the thought of those nasty foot costumes and the kids prancing around pretending to be foot fungus makes me want to throw up.

After the roadshow was over, I went out with a couple friends to the elementary school by my house and we hopped the fence to go play hide and go seek. We ended up just walking around scaring each other since we all had earplugs that made it hard to hear anyone coming up on you. But the moon was really bright, so it didn't work as well as it would have on a darker night. Still, it was pretty fun.
Posted by Manda at 3:22 AM 1 comment:

Who watches the Watchmen? 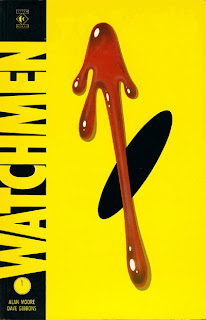 Watchmen. It's the new superhero (without the super, so they say) movie. I haven't read the comic....err...graphic novel (graphic novel? what the heck?) yet, nor do I plan to, but I do know quite a bit about it and it seems pretty awesome. Most superhero comics are awesome and have potential to translate into awesome movies, but I refuse to read them. I'm not that nerdy. I do enjoy most of the movies, though.

Back to my original subject: Watchmen. I first saw the trailer for it when I went to see Ironman last May (Ironman is a great movie) and I thought, "What the heck is this? What are watchmen? What are they watching? It looks like it could be good, though..." and I promptly forgot about the movie. But more recently I started getting caught up in the hype about the movie's release this weekend so I decided to look into it.

Dude. It looks awesome. It looks dark and twisted and interesting. It's rated R. I was pretty disappointed, but I figured I'd still look into it and see just what's in it to make it have such a strong rating. Most of what I found was long lists of all the bloody violent scenes with a couple mentionings of limited sexual content. I spoke with a close friend of mine about going to see the movie, since it seemed to be something that I would allow myself to watch. We agreed we'd see it next week in the new Muvico theater in the mall (so sweet, you have no idea. It's freaking awesome).

Then the movie was released (last night)....and people started to talk about the "Watchmen sex scene". In my research I didn't find anything about a sex scene, so I decided to look into the movie one more time before committing fully to seeing it. What I found was a much more extensive list of objectional moments in the movie and I was really disappointed. I wanted to see this movie in theaters to get the whole awesome effect, but I've decided not to.

Maybe one day I'll rent the DVD and skip over the objectional parts, but I don't know. I hate that sex sells. Seriously. Lame.

My father is the most handsome, most intelligent, most kind man I have ever known. He is hard working and hilarious. He has a gentleness about him and he really cares about the people he comes in contact with. He's taught me to love reading and the outdoors and even vegetables (did I mention he's also the most healthy person I know?). He is spiritual and truely a man of God. he's shown me how to love the Gospel with all my heart. People say that daughters marry men who are like their dad. All I can think is, "Dude. I am so lucky."

My mother has become one of my very best friends, one of my closest confidents. Since going to college and experiencing all of the more grown up things that have happened, I've found that even when my closest friends fail to be there, my mom is always there to help me out. She's taught me how to care for children and how to handle their needs. Essentially she's prepared me to become a wonderful wife and mother sometime down the road. She's taught me to love learning and to strive to gain as much education as possible. She's taught me what real cooking is. None of that casserole nonsense...

Together my parents have been the greatest example of love and companionship in a marriage that I've ever seen. I love that when I'm around them, I just know how much they're still in love. It's a beautiful thing to see.

I am so lucky.