This past week Bruce, my computer, decided that it wanted to be lame and not connect to the internet. I took it to the computer help desk guy (remember him? He's amazing) to have him (who ended up being a different him, a guy named Michael from my D&C class) take a look and fix whatever was wrong. He took a look and fixed it.

Or so he said. I took my computer home only to discover that it still wouldn't connect to the internet. Big problem, considering how many of my class assignments are online. I called Michael and told him the problem and he said they'd have to wipe the whole hard drive clean and take it back to the I-just-bought-this type setting. Fine, I backed up everything and sent Bruce on in to be reborn. Shortly after dropping the computer off, I got a phone call telling me I needed to have these certain start up disks and without them they couldn't do whatever it is there were gonna do. I have those disks, just not here. They're somewhere buried in my closet back home.

I decided to take my computer home and try one of the special tricks I learned last semester, since the computer guys didn't have an alternative solution on how to get the internet working. I did my thing. I'm so online on my laptop right now.

Also, I made a stir fry type dish tonight from scratch without a recipe. It was delicious. I cut up a chicken breast, cooked it in olive oil and a bit of soy sauce, tossed in some bell peppers and some salt and pepper and more olive oil and soy sauce. I decided to be daring and added a good amount of ground ginger and then I let it all simmer for a bit while I prepared some corn tortillas. Ate it like a taco. Not gonna lie, it was pretty darn good. Next time I'm going to change it up a bit and by the end of the semester I'll have perfected it. :)
Posted by Manda at 5:13 PM No comments:

I just watched the Lost season finale. I know I've said on many occasions that I hate that show with a passion, but I take it back.
One of the best shows ever, even though I don't know what the heck is going on.

You can dance with every guy who gives you the eye, let him hold you tight

Being home for the winter without ballroom dancing made me forget how much I really love dancing. Also that I'm pretty good at it...

This year I'm taking two dance classes. International Standard Beginning and International Latin Beginning. They're back to back every Tuesday and Thursday. 7:45-10AM. In dance heels. It's really early and a really long time to be wearing my dance shoes, but it's so much fun. Next week I have a test in both classes. In standard we're doing quickstep and in latin we're doing cha cha.

Quickstep is really fast and there are some guys who take huge steps all the time and by the end of the dance, I'm completely out of breath. It's fun, though. It's tricky with lots of technique, but it's awesome.

International cha cha is so fun. I love it. It's super fun and we're learning a lot more technique than in the social dance classes. The guy I'm testing with always taps out the beat on my shoulder blade before we start dancing. I pointed it out to him today and now at the start of every dance we bust up laughing. It's great.

I love dancing.
I missed it.
Posted by Manda at 9:17 PM No comments: 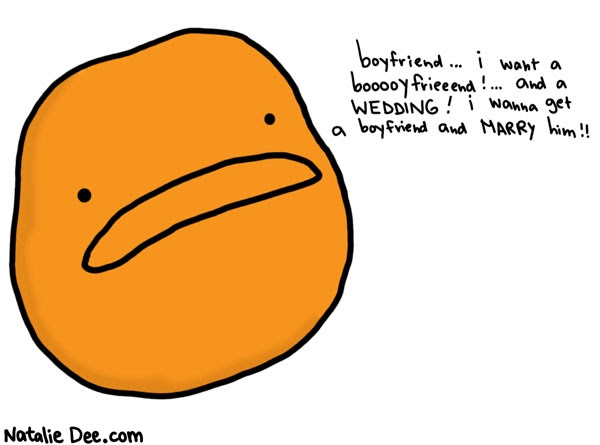 This is what my apartment sounds like. Not exactly, but pretty darn close.
Posted by Manda at 10:34 PM 4 comments:

So I've made a decision about my wedding (you know, the one I'm going to have once I find a groom...) I want to have a vintage-ish wedding. Like, vintage style wedding dress and bridesmaids dresses and the like. I don't know how I'd actually decorate and style the whole wedding as vintage yet classic, but it's something I'm hoping would work out. I've got the dress picked out and everything! 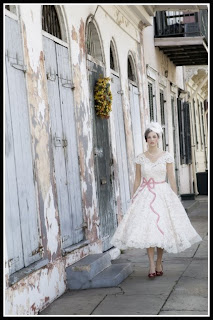 I am in love with all things Stephanie James. She's got some awesome dresses, but this Josephine dress is my favorite. I'd rather have the bow in ivory or white, but I still love it. She also makes gorgeous head pieces, which I adore. Like this one: 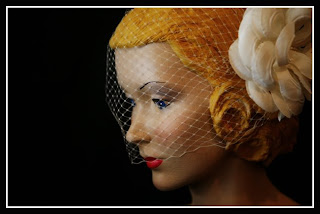 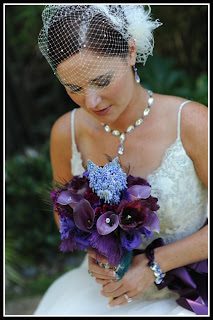 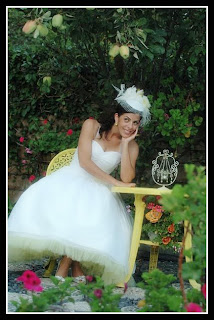 I love them. So cute.

As far as bridesmaids dresses go, I was thinking something like this: 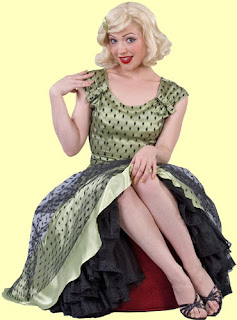 But in a deep violet color with a little more sleeve.


It would be awesome if I could pull it off. When the time comes, we'll see how I feel about vintage.
Posted by Manda at 10:37 PM 1 comment:

Photos from a Sunday Adventure

My roommates and I went on a random trip to an abandoned town/shooting range/paintball course out off Highway 33 just past Beaver Dick and across from R mountain. We took tons of pictures, discovered an old ambulance an a sheriff's inmate work detail van, rode barrel horses, and played in a caboose. It was awesome. 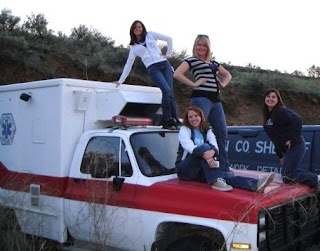 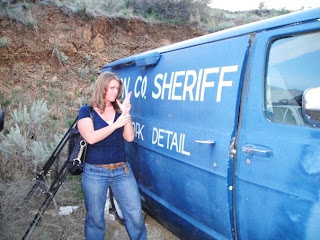 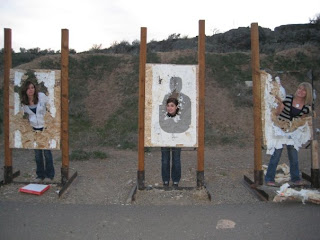 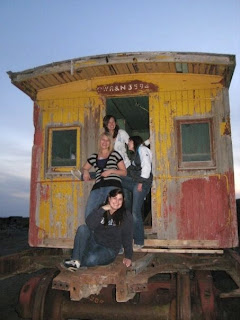 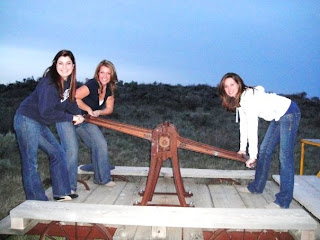 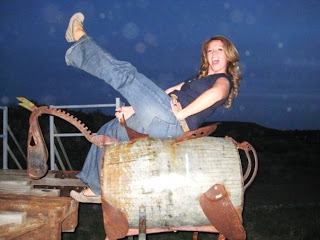 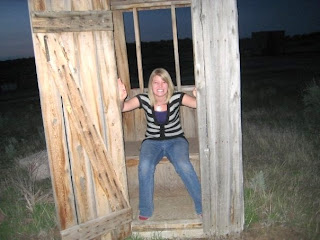 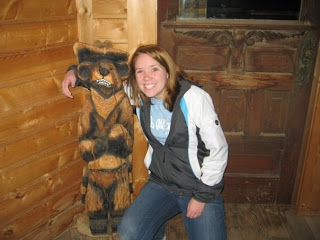 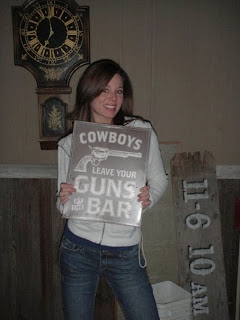 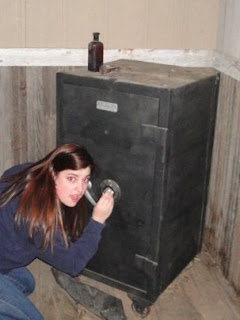 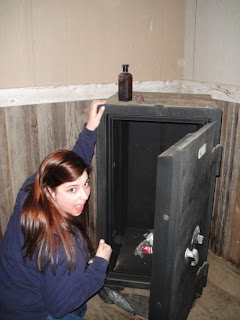 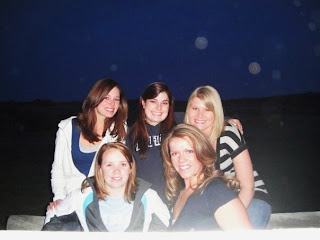 It was a fun night. Christie and I even brough home some shot up bowling pins. :)
Posted by Manda at 10:29 AM No comments:

Alright. I'm not good at blogging when I'm at school, it's true.

Here's the deal. I'm keeping super busy with classes and homework and sleeping adequately and doing social things. For once in my college career, I'm getting enough of everything. You know the whole three choices, pick one deal? Social life, sleep, and school? Yeah, I'm getting all three. Totally beating the system. I love it.

My classes? They're bomb. It's a lot of reading and I'm definitely kept busy with homework, but it's all pretty interesting and fun. And when I get it done? I get to go hang out with my roommates. I need to work on seeing the friends I don't live with, that's the aspect of my social life that's failing. But I'm also getting enough sleep! I feel great physically, emotionally, and academically. All in all, life is pretty good right now.

The apartment is awesome. We had a dance party last week in honor of my birthday. It wasn't as successful as we would have hoped, but it was still fun. It was a pretty good birthday weekend last week. Being twenty feels pretty good, not gonna lie. Not any different from nineteen, but different at the same time. Holla. 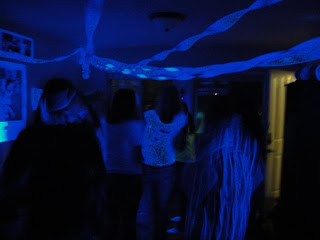 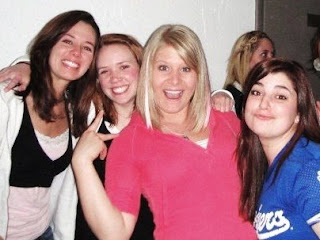 The following is a brief conversation between myself and Mitch tonight.
It was excellent.

did you hear what I said?

12:01amMitchell
i heard what you said

are your scriptures read?

12:02amMitchell
they are not read

12:02amAmanda
you need to be spiritually fed

12:03amMitchell
how about this fred

you've got to give me cred

for avoiding my bed