Just so we're clear about things, I'm taking a break from BYU-Idaho in order to pursue my love of cooking and baking. I've have several different plans as far as culinary school goes, starting with he desire to attend Le Cordon Blue in Pasadena. Unfortunately, I don't have $50,000 nor do I want to go into debt, so that is absolutely out of the question. Last winter I was told about a program in Scotland at the Edinburgh School of Food and Wine. I looked into it and it was a bit more affordable running around $15,000 including housing (however, that doesn't include any travel costs.) But still, I don't have that kind of money and working two jobs wasn't going to get me that kind of money any time soon. So I settled on going to Oxnard College and doing their two year culinary program. Oxnard is close, I could live at home and still keep my jobs. But first I had to get into the program...and transfer my credits from BYUI (which wouldn't all transfer)...and then I had to pay just about $1000 tuition for one semester because technically I'm not a California resident because I've lived in Idaho for three months out of the past year (who cares is my permanent residence is in CA and that I'm registered to vote in CA and that I was only in Idaho as a temporary resident for fourteen weeks.) All in all, I'd be spending over two years at Oxnard college trying to complete the culinary program as well as my associates degree (which I am just a few credits short of at BYUI) while not getting into the culinary class needed to continue on to any other classes my first semester.

That's when I found Let's Get Cookin': The Westlake Culinary Institute. I'd heard of it before, my mom has thought about taking a couple classes there. I met a guy at the mall who went there and now works at a cafe in the new Nordstrom. So I knew it was there and I knew the price was somewhere around $5000. I researched it and found that it's a six month program that's about $4,500 and, if you pay the deposit, you're guaranteed a spot. I thought about it. I prayed about it. I went to the school and made my deposit. This is the place for me.

Last night I finally got to do something more than sit around in anticipation for school to start. I had orientation at the school and I got to learn a little bit more about how they got started, who is going to be teaching me, and some interesting details about the hospitality business.

Let's Get Cookin' started in 1978 but was bought by it's present owner, Phyllis Vaccarelli, in 1984. Originally Phyllis started only teaching classes for home cooks, just to give them more information about how to work in the kitchen, but in 1988 a professional course was introduced because many students had expressed interest in learning more. Now it's a full six month professional course that gets you certified to work in the hospitality business. The school has been recognized as one of the best part time culinary institutions in this area.

Tim McGrath is the chef who teaches the professional course and I really can't wait to see what he has to offer. He graduated from the Culinary Institute of America (CIA) and has since then worked as a chef in France, New York, San Francisco, opened a restaurant in Long Beach, and now he currently runs and owns a catering company he started called Cooks Gathering. He's been featured on a couple television shows and he's been the personal chef of Julie Andrews. Seriously now, I can't waaaait.

But wait I must, because class has been pushed back two weeks and now we don't start until April 7th. However, on March 31st I get to go to the knife skills class required for all the students who take the professional course. At the knife class we will also be fitted for our chef's uniform. So stoked. So stoked.

So that's it in a nutshell. I have about a month until I actually start attending classes and then class will continue all the way until late September. I'm so excited. I found what I want to do, I've looked at different programs and schools. I've decided on one and worked hard to save up the money necessary to pay my own way without relying on my parents. I'm essentially living my dream.

I think this is what carpe diem means.
Posted by Manda at 10:09 AM 2 comments:

A tale of iPhones and murder

I bought a new phone last September and I was soooo excited because it was a sweet sliding texting phone. And it was green. Uber cute. 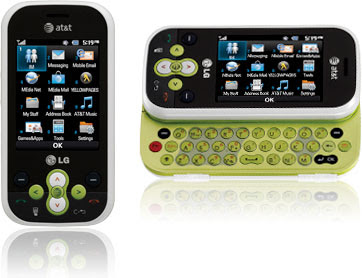 I loved it. Until it started being the worst. phone. ever. But I dealt with it for a looong time because I didn't have enough money for a new phone, even though an iPhone was soooo tempting and I wanted one soooo badly! I got the lame phone replaced THREE TIMES in a week period or so. Still the same problems. It froze all the time when opening and closing, it connected the audio on phone calls maybe 35% of the time, the rest of the time I had to just wait about 15 seconds before I could hear anything. I hated that phone.

So, with the help of my brother's upgrade and a refurbished phone, I bought a 16GB 3G iPhone for $100. Yeah. Amazing. I love it. It's my best friend (sorry girls.)

So last night I went to an institute party (twisted taco night) and we played twister and pool and ping pong and it was all around a blast. Eventually we started playing Werewolf, which is like mafia, and this kid Eric and I totally dominated.
That game lead to about 3+ hours of playing murderer in the dark. If you've never played that game, just know it's played it a completely dark area and you walk around and "kill" people by tapping them on the shoulder and then people find "dead" bodies and the lights come on and you accuse people. It's fantastic. We've broken a lamp at my house playing it before. 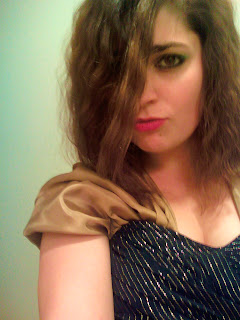